Home > Automobile Accidents > Can I Sue If I Don’t Have Car Insurance?

Can I Sue If I Don’t Have Car Insurance? 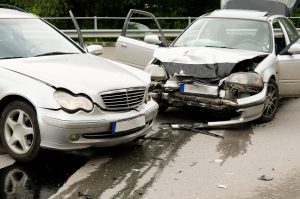 Everyone knows that getting into a car accident with an uninsured driver can cause major problems for the injured—it’s the reason most states (including North Carolina!) legally require car insurance.

Ryan A. Valente is an attorney at DeMayo Law Offices headquartered in Charlotte, North Carolina. Below, we take a closer look the question above, and Ryan offers his expertise.

Can I Sue Another Driver If I Don’t Have Car Insurance?

The short answer is, yes.

“While North Carolina law does require all drivers to carry automobile insurance,” explains Valente, “the driver of a car without valid insurance is not prohibited from bringing a claim or suing the at-fault driver.”

Why might an injured, uninsured driver not report the injury or pursue litigation?

North Carolina classifies driving without insurance as a misdemeanor, which can result in fines and/or jail time. For some uninsured drivers, this may be reason enough.

First-time offenders who don’t cause an accident pay a fine of $50; $100 for the second offense and $150 for the third and subsequent offenses. If an accident occurs, however, the uninsured driver will likely have his or her license suspended for at least one year, even if they’re not at fault for the accident.

An uninsured driver may feel inclined to improvise the steps most people use following an accident. For example, an uninsured motorist may avoid calling the police to report an accident; or they might not collect the at-fault driver’s information because there’s no insurance company to report it to.

If the injury is severe enough, or the financial cost of recovery exceeds the limits of a victim’s resources, he or she can use the law to seek compensation, even if they don’t have insurance at the time of the crash.

“An injured driver isn’t required to have insurance in order to bring a lawsuit against an at-fault driver,” concluded Valente.

Why Drive Without Insurance?

In North Carolina, an estimated 6.5 percent of drivers are uninsured. It’s impossible to know why some drivers don’t carry car insurance, but many speculate cost and complexity play a role in deterring coverage.

According to one report, there may be a “direct correlation between the percentage of individuals who carry auto insurance and the financial strength of the U.S. economy.”

Some drivers simply don’t like mandatory insurance requirements. In states like New Hampshire, for example, drivers can opt out of traditional insurance if they can satisfy a personal responsibility requirement.

Whatever the reason, drivers without insurance can still seek compensation for injuries or property damage.

Safety (and Justice) First: Even for the Uninsured

Even if you don’t have car insurance, it’s wise to follow proper steps after a crash:

Not every injury will require litigation. But if you feel you’re not being compensated fairly (or not at all), contact our North Carolina law firm for help.